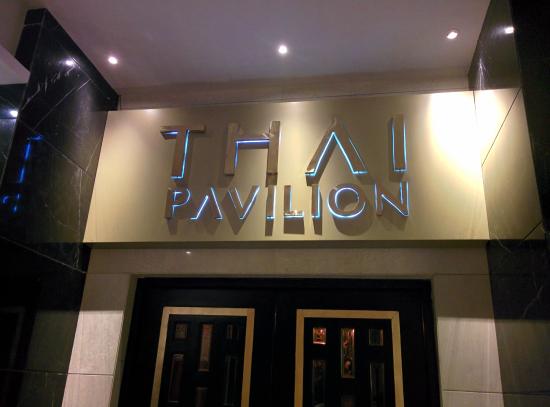 Lasooni Dhania Murgh, a tandoori boneless dish with garlic flavor was a notable hit with most of us. The restaurant also has its own version of fish wrapped in banana leaves. Called Dum Ki Macchi Patrewali, the fish is prepared in a green marinade.

Jhinga Til Tinka had medium sized prawns crumb fried and served on bamboo skewers. I liked the presentation of the dish, and the prawns tasted good. The coating however was slightly thicker than necessary underwhelming the seafood taste a bit.

It was time for the main courses and we were first served a Roti Ke Tokri with specialty breads from Lucknow such as Sheermal, Taftan, Bakarkhani and Burhani Paratha. These are must tries at Tansen with the main courses – my personal favorites were the red colored Burhani as well as the flaky Taftan.

To go with these Indian breads, we had two non-veg dishes. Begmathi Murgh was a typical Mughlai dish, a methi and onion based rich and fragrant chicken gravy. There was also Rara Gosht from Punjab, which had lamb and keema in a spicy masala. Both the dishes tasted good, though I personally felt that Rara Gosht is a bit out of sync with the theme of the restaurant.

A special mention has to be made of the Dal Makhani here, which is at par with the preparations of other acclaimed restaurants.

We also had Gosht Dum Biryani served with the food. The meat was succulent, the flavours were great but the rice was a tad dry. On enquiry, it was found that I was served the biryani from the upper part of the handi. This was promptly rectified and the second helping was moist and nice.

The pick of the desserts, Sakora Phirni was served in a clay pot. The yellow coloured rice and milk preparation was infused with nuts and covered in silver foil. Matka Kulfi with saffron flavour and Mulayam Ras Malai, the other two desserts served passed the muster well. At the end of the meal, we were served Paan Shots, which was presented in a very inviting manner.

Tansen is definitely a place to visit for an exclusive ambience and delectable cuisine. The courteous service and mellifluous ghazals (on Fridays) make your experience a memorable one